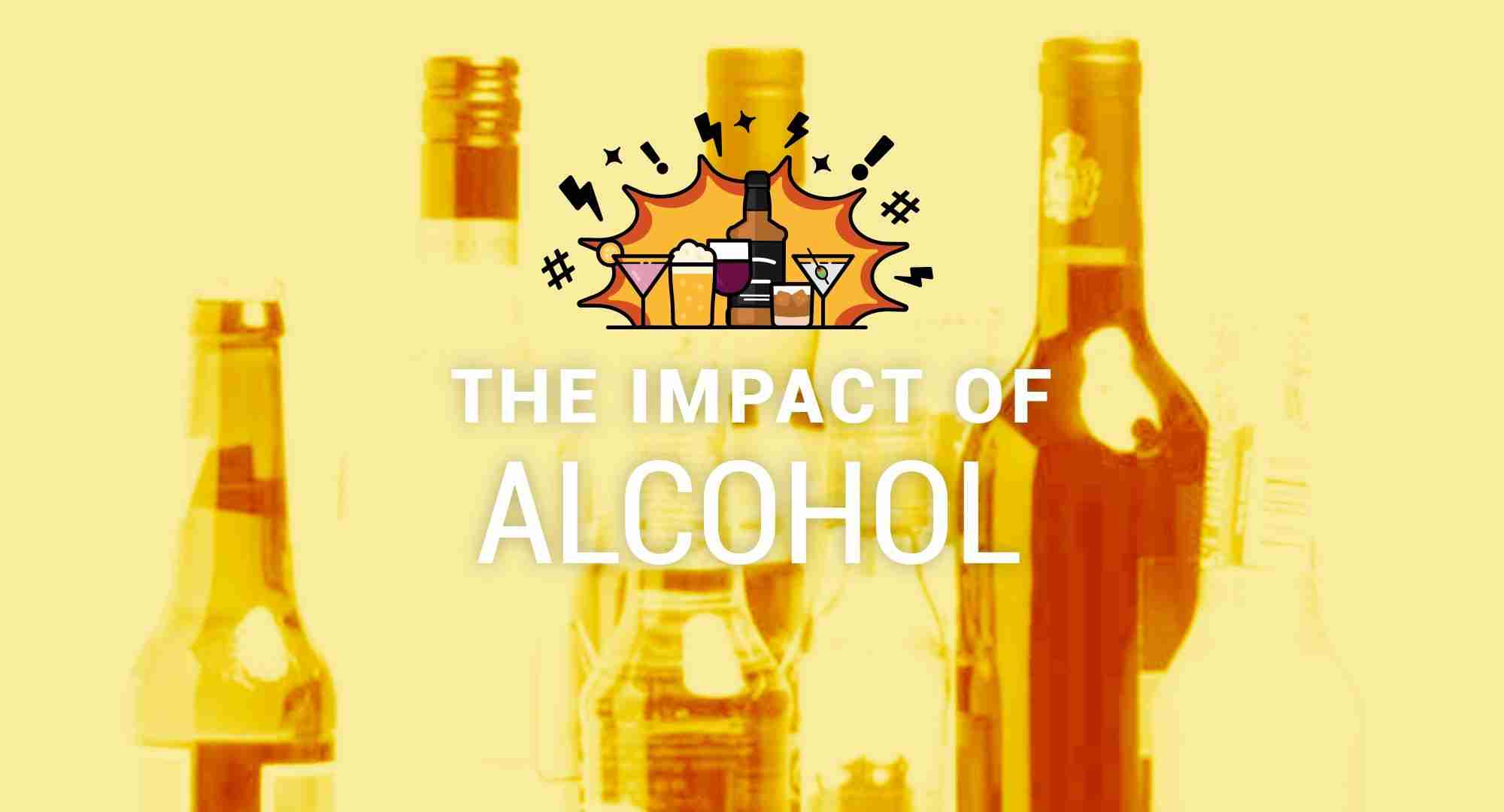 Impact of Alcohol on Health

We know nutrition and exercise are ways to improve our health, but it’s also important to discuss alcohol consumption and the impact of excessive alcohol use on our health. Drinking excessively is harmful, but it can be controlled and prevented. According to the Centers for Disease Control and Prevention (CDC), excessive alcohol use leads to about 88,000 deaths in the U.S. each year and shortens the life of those who die by almost 30 years.1

Do you know the signs of excessive alcohol use?

Binge drinking is the most common, costly, and deadly pattern of excessive alcohol use in the U.S. The National Institute on Alcohol Abuse and Alcoholism defines binge drinking as a pattern of drinking that brings a person’s blood alcohol concentration (BAC) to 0.08 grams percent or above. This typically happens when men consume 5 or more drinks or women consume 4 or more drinks in about 2 hours. Most people who binge drink are not alcohol dependent.2

The Cost of Excessive Alcohol Use

Binge drinkers account for most of the cost at $191 billion (77% of the total cost). For more details, visit the CDC.

Excessive alcohol use has immediate effects that increase the risk of many harmful health conditions. These are most often the result of binge drinking and include the following:

Over time, excessive alcohol use can lead to the development of chronic diseases and other serious problems including:

By not drinking too much, you can reduce the risk of these short- and long-term health risks.

Life-Threatening Signs of Alcohol Poisoning Include:

According to the CDC, most people who die of alcohol poisoning are non-Hispanic whites (68%). Additionally, 76% of deaths are men and 24% are women. Alcohol poisoning deaths vary by state and are most common among middle aged adults.5

What is Moderate Drinking?

However, there are some people who should not drink any alcohol, including those who are:

By adhering to the Dietary Guidelines, you can reduce the risk of harm to yourself or others.

Alcohol use disorder is when your drinking causes serious problems in your life, yet you keep drinking. You may also need more and more alcohol to feel drunk. Stopping suddenly may cause withdrawal symptoms.

You may have an alcohol use disorder if you:

There are many screening tests that doctors use to check for alcohol use disorders. Some of these tests you can take on your own. The CAGE test is an acronym for the following questions. It asks:

Screening in the Doctor’s Office

Primary care doctors should screen adults for alcohol misuse, according to guidelines from the U.S Preventive Services Task Force (USPSTF). Health care providers can give people identified at risk brief behavioral counseling interventions to help them address their drinking.

Medications for Alcohol Use Disorders

Oral naltrexone (ReVia, generic) and acamprosate (Campral, generic) are effective medications for treating alcohol use disorders, according to a 2014 study in the Journal of the American Medical Association.

The following organizations are good resources for information on alcoholism: